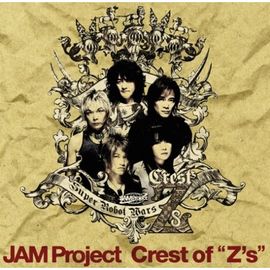 Crest of “Z's" is the 35th single released by JAM Project. The tracks were used as the opening and the ending song of the PlayStation 2 game Super Robot Wars Z. The single reached #40 on the Oricon weekly charts, charted for four weeks, selling 4,703 copies.