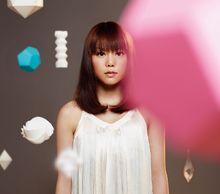 "Eternal Love" is a pop song recorded by Sugawara Sayuri. The song first appeared as the first B-side of her second single "Kimi ga Iru Kara" and was later featured in her first studio album First Story as track #9. "Eternal Love" was used as the insert song for the Japanese version of the PS3 game FINAL FANTASY XIII.

There are three known versions of "Eternal Love" to be found in Sugawara Sayuri's discography. These include: