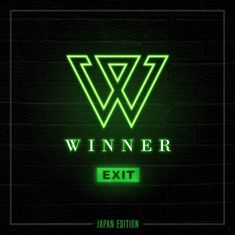 Exit: E is the first mini-album released by WINNER.

It was released in two editions, including a 68-page photobook, a badge and a polaroid. The song "Saranggasi (Pricked)" performed by Mino and Nam Tae Hyun was released prior to the album as a digital single. The songs "BABY BABY" and "Senchihae (SENTIMENTAL)" were used as title tracks.