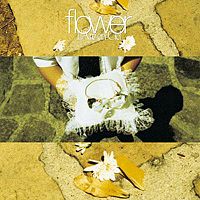 "flower" is L'Arc~en~Ciel's fifth single. The title song was used as the theme song for Fuji TV's "Professional Baseball News" from October 1996 to March 1997. The single reached #5 on the Oricon charts, charted for 25 weeks and sold 336,090 copies.