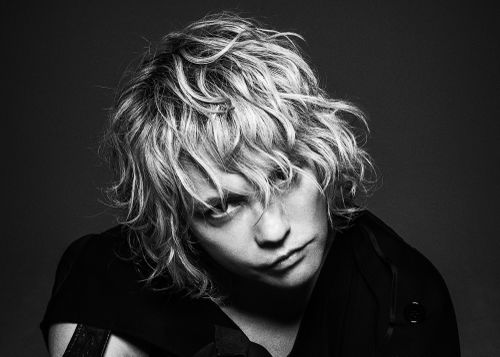 HYDE is the lead singer of the group L'Arc~en~Ciel as well as a solo artist. 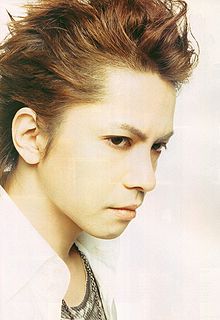 hyde is the vocalist of the rock band L'Arc~en~Ciel. Because hyde does not release much of his personal information, almost everything about him is unofficial. However, fans have speculated that his real name is Takarai Hideto (宝井秀人) and have also speculated his birth date. There have been interviews with his parents in the past which more or less confirm these facts.

In addition to being lead singer, main lyricist, and second guitarist (as needed) of L'Arc~en~Ciel since the band was formed in 1991, hyde has a solo project under the name HYDE that he runs on the side. Though L'Arc~en~Ciel is not disbanded, they have started the tradition of taking breaks to work on solo activities.

In 2003, hyde starred alongside Gackt in the film Moon Child. hyde and Gackt sang the ballad "Orange no Taiyou" which was used as the first ending song of the movie. The song was later released on Gackt's album Crescent.

In 2004, hyde took on the role of the guitarist Adam in the movie Kagen no Tsuki~Last Quarter, a movie based on the manga by Yazawa Ai. The movie's theme song, "THE CAPE OF STORMS", was a song from his first album ROENTGEN. The director had continuously thought of ROENTGEN while reading the manga in preparation for the movie so his choice of hyde as Adam was not entirely spontaneous.

During the summer of 2005, while L'Arc~en~Ciel was still working, hyde composed the music for the song "GLAMOROUS SKY" for the movie NANA, yet another movie based on a manga by Yazawa Ai. The song was sung by the pop artist Nakashima Mika with lyrics written by Yazawa Ai herself. In August, HYDE (and his solo band) performed the song on Music Station with Nakashima Mika. hyde played the guitar for this performance. 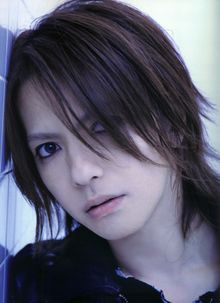 After L'Arc~en~Ciel had finished touring for 2005, hyde's "COUNTDOWN" was released on October 5, 2005. The tracklisting including Japanese and English versions of the song "COUNTDOWN", which was made for the movie Stealth, and also a special rock version of "evergreen" (originally from ROENTGEN).

For Halloween that month, hyde hosted "HALLOWEEN OF THE LIVING DEAD", a three night event held at CLUB CITTA on October 29th, 30th, and 31st. Each night featured performances by HYDE himself, a guest artist/band and JACK-O-LANTERN. Artists/bands who took part in the Halloween performances are MONORAL, UVERworld, OLIVIA, HIGH and MIGHTY COLOR, yasu and Nakashima Mika. The group JACK-O-LANTERN consisted of HYDE and the group MONORAL and played many Halloween favorites such as the theme from the movie Ghostbusters. All of the artists involved, except OLIVIA, performed in full costume.

In 2006, hyde released his seventh single, "SEASON'S CALL", on February 22nd. It was used as the opening theme to the anime BLOOD+. It is composed by KAZ, guitarist of hyde's solo band, making it the first song of hyde's solo career not composed by himself. On April 26th, hyde released his third original album FAITH, which was also released in the U.S. by Tofu Records on June 27th. As an extension of his lengthy FAITH Tour, he performed four concerts in California between July 2nd and July 6th and also took a Q&A session at Anime Expo on July 1st.

In 2008, hyde started working with KAZ again under the name VAMPS. In 2012, he started the Halloween project HALLOWEEN JUNKY ORCHESTRA with KAZ.

On December 26, 2011, HYDE announced on his official website that his biographical book The Hyde, published by Sony Magazines, would be released on January 29, 2012. The book revealed his legal name to the public for the first time.

On June 5, 2018, it was announced he would be releasing the single "WHO'S GONNA SAVE US" on the 27th, his first single in twelve years. 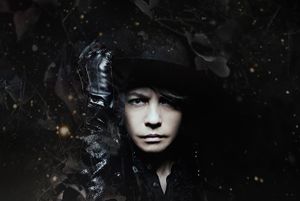 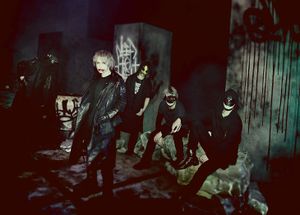