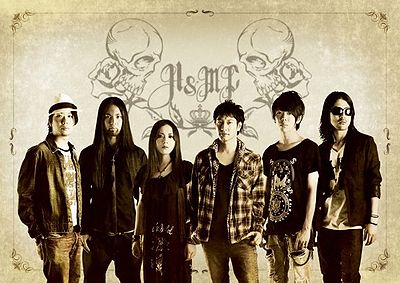 HIGH and MIGHTY COLOR are a J-Rock fusion group (ala Linkin Park or ORANGE RANGE) on the Sony Music Japan label. Their name is sometimes shortened to 'Haikara (ハイカラ)' in Japanese. Their debut single, "PRIDE", reached #2 on Oricon charts. On May 18th, the group announced the dissolution of the band after the release of their 15th single "Re:ache" on August 11th, 2010. 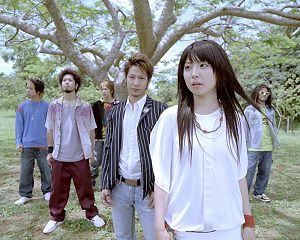 HIGH and MIGHTY COLOR originated as a five piece band named "ANTI-NOBUNAGA" on the island of Okinawa. They often performed in US Army clubs on the island and would cover Western songs. In 2003, the band met Maki by chance, who they met at a music festival, they decided to change their name and began the trek to a professional career.

They were first announced as a major label band at a music event called Music Picnic, which was held in September of 2004, and soon after in January of 2005 debuted with the single "PRIDE"; which was used as the opening theme for the anime Mobile Suit Gundam SEED DESTINY, which reached #2 in Oricon charts. The success that the single received paved the way for their debut album G∞VER and brought the band the well-deserved Rookie Award of the Year in 2005. Since then, all of their singles have been in the top 25 on the charts. Another single, "Ichirin no Hana", was also used for the opening of the anime Bleach.

Though now a major label band, they are still based in Okinawa. Only 15 months after their debut, they performed in the United States as a special guest for ShiokazeCon, a anime convention in Texas that took place April 28-30th, 2006. In mid May, they will once again perform in the US as the special guests for AnimeCentral 2007, an anime convention held in Rosemont, Illinois.

Also in 2006, they released their seventh single, "DIVE into YOURSELF", in August. The song was used as the opening song for the video game Sengoku Basara II. For a time this was the band's second lowest selling single and was also their lowest ranking single among the Oricon charts, only managing to reach the 24th spot on the weekly charts. 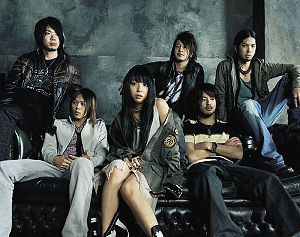 Their 8th single "Enrai ~Tooku ni Aru Akari~" was released on October 25 and used as the ending theme for the third Mobile Suit Gundam Seed Destiny: Special Edition compilation movie. The single entered the charts 12 spots higher than "DIVE into YOURSELF" at number 12. "energy", the b-side song from the "STYLE ~get glory in this hand~" single was used in a tribute compilation album composed for Death Note: the Last Name.

In 2007, MAAKIII made her acting debut with the December 2006 movie, Anata wo Wasurenai. The band performed two songs for the film, "Tadoritsuku Basho", the film's theme song and "Oxalis", an insert song. The two songs were released as a doubled A-side single. When Anata wo Wasurenai was released, it entered the Japanese box offices in the 10th position. Also, another song "Resistance", from San album, was used as the theme song for a Nintendo DS game based on Bleach Kokui Hirameku Requiem.

On February 4, the official HIGH and MIGHTY COLOR website released various 30 second previews of songs from the band's third album, San, which was released on February 21. The album contained 15 tracks with ten being new releases. The album was ranked number ten on the Oricon daily rankings during its first day and 16th on the weekly charts. 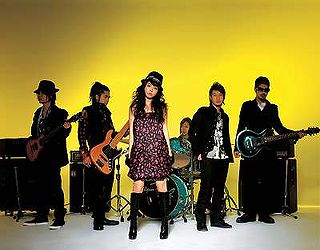 The band also made their second American performance on May 11 and May 12 during 2007's AnimeCentral 2007 anime convention. The band performed 12 songs and were opened by the Spiral Spiders.

"Dreams", the 10th single of the band, was out on August 1, 2007 and was the new ending for the anime Darker than Black -Kuro no Keiyakusha-. It replaced Rie fu's "Tsukiakari".

On October 5, 2007 it was announced on the band's official page that the 11th single was named "Amazing". On November 4, 2007 it was announced that the band would be releasing a single collection album entitled 10 COLOR SINGLES featuring the first 10 singles and a bonus track title "Ichirin no Hana (Live Studio Version)". It also included a DVD with the PVs that never made it to DVD. The band also contributed to a Luna Sea memorial album, performing the song "ROSIER".

The year of 2008 began with a new single "Flashback / Komorebi no Uta", their 12th single. It was the second double-a side single from the band and was used in promotion with the anime series Hero Tales. Their 4th album ROCK PIT was released on March 19 and became their lowest selling album to date. 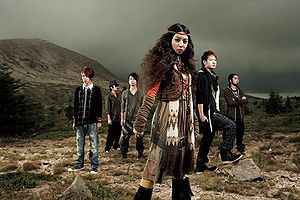 The band began their 4th volume in their LIVE BEE LOUD ~THANKS GIVING~ tour on March 17, 2008 at the famous Club Quattro of Japan. They then went on to preform at 13 other venues across the country with the final venue being their hometown of Okinawa.

On June 25, 2008, they released their 13th single, "HOT LIMIT", a cover of T.M. Revolution. The visual style of both the music video and the promotional images is meant to mimic that of the original. This is also the first time since "Ichirin no Hana" that SME has produced a commercial for advertisement of a single from the band.

On June 22, MAAKIII and Nakamura Masato (from DREAMS COME TRUE) did get married. She announced days after that she planned to drop out of HIGH and MIGHTY COLOR by the end of the year. The other members were said to be supporting her decision, and the group would be remain active without her. Before her retirement the band still released a new single and a new compilation album. 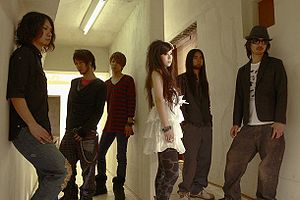 "Remember" the group's final single with MAAKIII, was released on October 15th. The accompanying PV made their singer's departure clear, showing all the band members looking or walking on their separate ways through a field, not to mention MAAKIII singing with her back to tree branches that resemble wings. The new compilation album was entitled BEEEEEEST and was a greatest hits album featuring the tracks requested by their fans. Limited edition included bonus DVD with footage of their live performance on October 18 and four music videos of the song "Amazing", "Flashback", "HOT LIMIT" and "Remember".

In 2009, the band was transferred to Spice Records which is an Okinawa based studio that maintained minor rights to the band while under SME. The band also started to do auditions to replace MAAKIII. On February 9, 2009, the band announced that a replacement vocalist was found, whose information would soon be added to their website. After some days, the group's official website uploaded pictures of their new vocalist and also, some information like her name, HALCA. During this time, MAAKIII announced that she was pregnant.

HIGH and MIGHTY COLOR announced a new album entitled swamp man that it would be the first album to feature the band's new vocalist, HALCA. swamp man was released on September 2nd. Their first single featuring HALCA, "XYZ", was released on iTunes in both Japan and the United States on July 8, 2009.

On May 18th, HIGH and MIGHTY COLOR announced the dissolution of the band. Reasons were that the band had differences on how the approach their music and course of action in the future. They release their final single entitled "Re:ache" on August 11th, 2010.