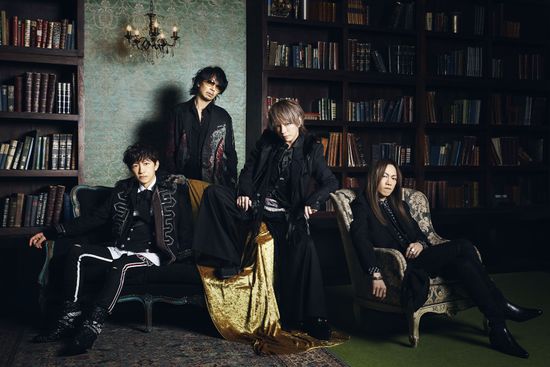 L'Arc~en~Ciel (ラルク アン シエル, Rainbow in French) is a popular Japanese rock band, formed in 1991. They are one of the most popular and affluent bands in Japan. L'Arc~en~Ciel are known for their pop-rock sound while they occasionally produce heavier or more experimental tracks, ranging from techno to loose ballads with full string orchestration. The group has sold over 15 million albums, 30 million singles, and millions of other units, such as videos, and have been voted #58 in HMV Japan's "Top 100 Japanese Pop Artists" of all time.[1]

L'Arc~en~Ciel, also known as Laruku (ラルク) or L'Arc to their fans, is a popular Japanese rock band consisting of four members. The name means "Arc in the Sky", or "rainbow" in French. L'Arc~en~Ciel's front man is hyde, ken is the lead guitar player and main composer of the band, tetsu leader of the band on bass and yukihiro is the drummer.

In 1992, tetsu and hyde, along with hiro and pero formed the band based on a movie that tetsu had seen. After a year of gaining notoriety in their hometown of Osaka, hiro and pero quit the band. Afterwards, tetsu convinced his friend ken to quit his studies in architectural design and join the band. A new drummer, sakura, was recruited after tetsu saw him play. In 1993, the band released their debut album, DUNE, still in a small independent label, but reaching plenty of success, managing to be #1 at the Indie charts.

This caught the attention of some major labels, so in 1994, they signed for Sony, releasing their 2nd album, Tierra, that same year. heavenly followed, in 1995. The first three albums sound were very DEAD END-esque because most of the band members were fans of them. Even further, some people say that hyde's & tetsu's style was a copy of Morrie & Crazy Cool Joe of DEAD END. But, in 1996 they changed their looks and style to be a bit softer, which ended their visual look. After that they released their first million seller, True in the same year.

In 1997, sakura was arrested for heroin possession and quit the band. Their popularity was growing too rapidly to quit, so a new tour was organized and yukihiro joined the band. The first concert date of the new tour in Tokyo Dome had an attendance of 56,000 and sold out in four minutes, a testament to their popularity. Their next album was HEART, in 1998.

L'Arc~en~Ciel released three more albums of new material during the next few years: ark and ray which were released simultaneously in 1999, followed by REAL in 2000, which, for the longest time, was the last CD of new material, although many more compilation and remix albums would follow. L'Arc~en~Ciel also composed several theme songs for various anime series, including DNA², Rurouni Kenshin, Great Teacher Onizuka and Full Metal Alchemist. They also created the ending theme song to the movie Final Fantasy: The Spirits Within.

After a while, however, the various members began working on various solo projects. hyde released several solo albums, ken founded SONS OF ALL PUSSYS, tetsu started TETSU69 and yukihiro played with acid android. Some fans thought this would be the end of the band, but in actuality it was simply a hiatus.

In June 2003, L'Arc~en~Ciel came back to play a series of seven concerts in Tokyo and announced a new album for release in the following year. So, in February 2004, their first single in more than three years came out, followed by another one in early March. Finally their long-awaited new album, SMILE, was released the 31st of March.

On July 31st, 2004, L'Arc~en~Ciel made their first U.S. concert debut at Otakon 2004. Approximately 12,000 Otakon attendees attended the concert which was held at a outside venue for the first time in Otakon's musical history, the 1st Mariner Arena located near the Baltimore Convention Center.

Since the Otakon concert, L'Arc~en~Ciel has released many singles and their new album AWAKE was released on June 22nd. - L'Arc~en~Ciel did the opening and ending theme to the Full Metal Alchemist movie released in the summer of 2005, named Link and LOST HEAVEN respectively.

Currently the members are yet again ensuing their solo projects. The DVD from their recent AWAKE TOUR 2005 was released winter of 2005.

In the end of 2005, leader tetsu announced that he will working with his idol Morrie in the band Creature Creature. In 2006, to celebrate their 15th anniversary, they rereleased all of their major singles as special additions, as well as some songs that were not singles during the month of August.

The current status of L'Arc~en~Ciel is that now they are reunited again, and have put out a new song called "SHINE" (which was used as the opening song for the NHK-BS Anime, Guardian of the Sacred Spirit ~Seirei no Moribito~) and have kicked-off their Mata Heart ni Hi wo Tsukero 2007 tour in Japan. L'Arc~en~Ciel released their first single SEVENTH HEAVEN last 30 May 2007 and it topped the Oricon charts for one week. They also have a new song called MY HEART DRAWS A DREAM, which was used for Subaru's latest commercial. This single will be out on 29 August 2007. Aside from this, L'Arc~en~Ciel will be releasing a number of new material, including an album in November and 2 DVDs in September and December (L'Anniversary Live and Chronicle 3 respectively). The new singles will be out in August, October, and November of this year.

P'unk~en~Ciel is an alternate formation of L'Arc~en~Ciel. Introduced in 2004, hyde takes over guitar, ken the drums, yukihiro plays the bass, while tetsu performs the vocals. P'unk~en~Ciel's songs have a more "punker-ish" sound and their music is usually heavier and faster with a different tone due to tetsu's vocals. hyde often wears a pirate patch over his left eye in P'unk-en-Ciel performances, and yukihiro is known to wear a gas mask. Though P'unk~en~Ciel has only been in existence since 2004, L'Arc formerly rotated members as well under the name D'Arc~en~Ciel while Sakura was still in the band and performed original songs, although none of these songs were ever recorded (save for the medley selection on the the Fourth Avenue Café re-release single). P'unk~en~Ciel's covers have been used as b-sides on L'Arc singles and they can be seen on Live DVDs. 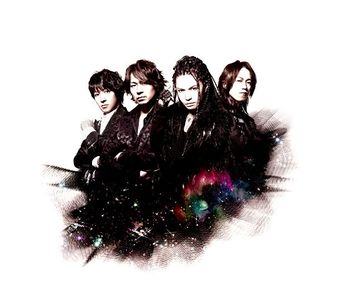 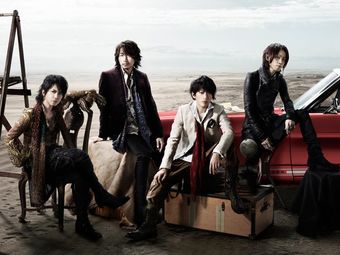 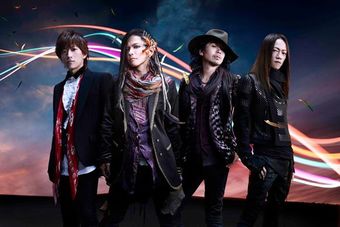 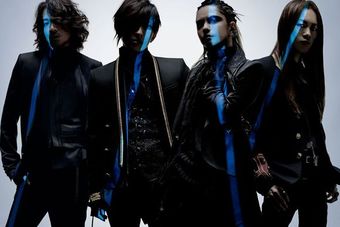