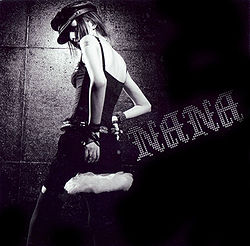 "GLAMOROUS SKY" is Nakashima Mika's 16th single, released under the name of NANA starring MIKA NAKASHIMA. GLAMOROUS SKY and MY MEDICINE were used as image songs for the movie NANA. HYDE, of L'Arc~en~Ciel, composed GLAMOROUS SKY, while Yazawa Ai wrote the lyrics. The b-sides, BLOOD and ISOLATION, were both used as Kanebo KATE CM songs. This single reached #1 on the Oricon for two weeks and charted for 28 weeks. By the end of 2005, it had sold 423,593 units, making it the #10 single of 2005. GLAMOROUS SKY sold a total of 444,067 copies. 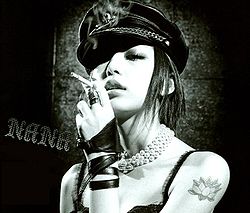 There are three known versions of GLAMOROUS SKY to be included in Nakashima Mika's discography. These include:

GLAMOROUS SKY
Found on the GLAMOROUS SKY single as track #1. This is the version set to the PV.

GLAMOROUS SKY (Instrumental)
Found on the GLAMOROUS SKY single as track #6. This version is the standard version, except without the main vocals.