From generasia
(Redirected from I Don't Know)
Jump to: navigation, search 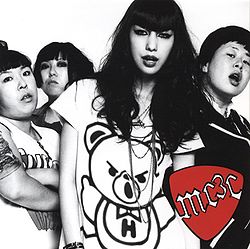 I DON'T KNOW is Nakashima Mika's 26th single, released under the name MICA 3 CHU. It's a collaboration single with comedy unit Morisanchu. It was released in two versions, a limited CD+DVD edition and a regular CD only edition. I DON'T KNOW was used as the Kanebo KATE CM song. This single charted for five weeks and sold a total of 23,799 copies.