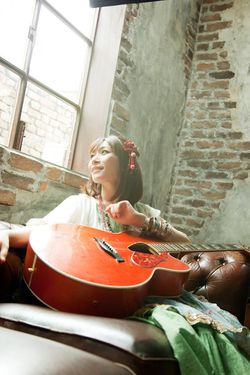 Goto Yuko (後藤邑子) is a seiyuu who works for Production Baobab. She has done voice acting for many well-known anime. She was studying at a university in Nagoya to be an English translator, but dropped out to go work in TV production. Besides being a seiyuu, she also writes a weekly newspaper column in Tokyo.