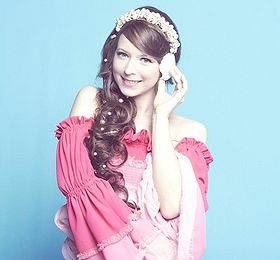 HIMEKA was a French Canadian singer who was managed by MAGES./amuleto and was signed under 5bp.Records.

Before becoming a professional singer, HIMEKA covered anime songs and uploaded videos of her singing on YouTube. In 2008, she was the winner of the second annual Animax Anison Grand Prix and got a chance to make a major debut in Japan with Sony Music Japan. She then moved to Tokyo and worked with Tokita Shintarou of Sukima Switch for her first song. She released her debut single, "Asu e no Kizuna", the Valkyria Chronicles' opening theme, on May 27th, 2009.

Her stage name, "HIMEKA", is from a character in her own story, which she wrote at the age of 15. HIMEKA is a native French speaker, fluent in English, and is still learning Japanese.

On July 1st, HIMEKA posted on her former blog that in April of 2012 she had switched agencies and would now be managed by MAGES./amuleto. 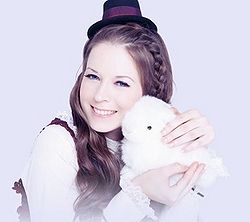