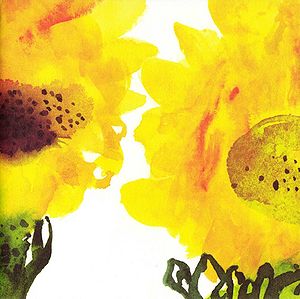 Hanazukan is the first concept album released by Dew. It was released in two editions, limited and regular. Limited edition includes a bonus 8cm CD featuring the two first tracks of their digital mini-album Live at duo 2007.12.16. The song "Kinmokusei" is a new version of the original from their indies era included on their debut album croquis. All the songs included on the album, minus "Botan" and "Kinmokusei", were released digitally as double A-side singles around the same date as the album. The album did not chart on Oricon charts.