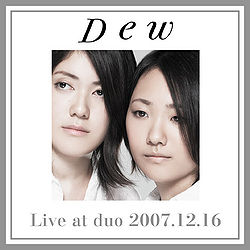 Live at duo 2007.12.16 is the first digital mini-album released by Dew. It includes four live songs, of which the first two were later included on the limited edition of their first concept album Hanazukan.