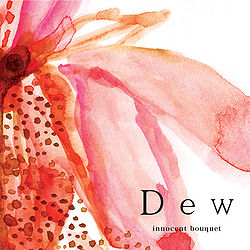 innocent bouquet is the second digital mini-album released by Dew. The two covered songs were later included on their second concept and first cover album Hanazukan Bessatsu, and the two original tracks were preciously released on their first concept album Hanazukan.