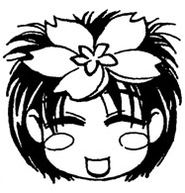 Hino Matsuri (樋野まつり) is a Japanese shojo manga-ka. She made her debut manga in 1995 entitled, Kono Yume ga Sametara. Her most recent series, Vampire Knight has become extremely popular and has been adapted into an anime. Her series all have run in either LaLa or LaLa DX.

Hino Matsuri, a former bookstore keeper, made her official manga-ka debut in 1995. She made the decision to create manga only nine months prior to her debut. Her story, Kono Yume ga Sametara made its debut on the pages of Hakusensha's shojo phonebook, LaLa DX. Her first big hit was with the release of Meru Puri: Marchen Prince in August 2002. The series ran for a total of two years spanning four collective volumes. The series was quickly loved for Hino's lush and detailed artwork. The series eventually was licensed in the United States. It was one of the first titles released under their Shojo Beat imprint.

In 2005, Hino started working on Vampire Knight. The series debuted in the January 2005 issue of LaLa magazine. The series quickly became popular, and is currently one of the most popular shojo manga's. In April 2008, an anime adaption of the series by Studio DEEN stared airing on April 7, 2008. The series consist of two seasons, for a total of twenty-six episodes.