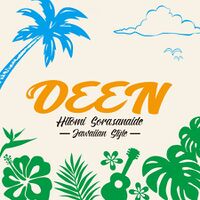 "Hitomi Sorasanaide" is the fourth single released by DEEN. The title song was used as CM song for Pocari Sweat. This is their first single to reach #1 on the weekly Oricon charts, charting for eighteen weeks and selling over 1,037,850 copies. It also reached #18 on the yearly Oricon chart for 1994.

On June 21st, a digital single was released with a remixed version of the song.