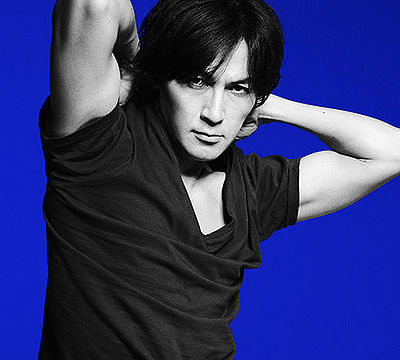 Inaba Koshi (稲葉浩志) is the lead singer of the Japanese Rock band, B'z. In addition to providing the vocals for the band, he also writes all the lyrics and arranges the songs. He would first make his debut in the music world when he appeared as a guest vocalist on the track Mr. CRAZY TIGER for BLIZARD's RAN album Burning in 71985. He would become a model for Being soon after until 1988, where Matsumoto Tak and Inaba would formed the duo B'z. At the same time, he would start to write lyrics and arrange songs for B'z but also for many of Being artists.