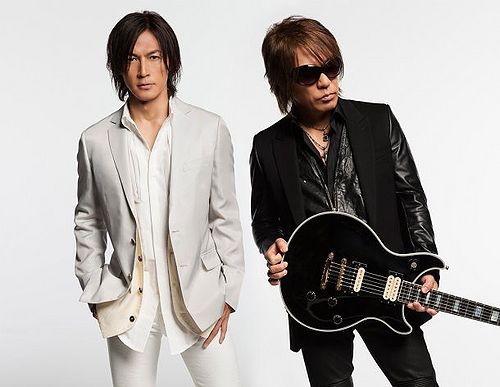 B'z (pronounced Biizu) is a Japanese rock duo signed to VERMILLION RECORDS. They are the best-selling Japanese musical group of all time, with a reported 80 million albums and singles sold since August 2011.[1]

B'z debuted in September 1988 with the album B'z and the single "Dakara Sono Te wo Hanashite". Their fifth single, "Taiyou no Komachi Angel", was their first single to debut at #1. Each of their following singles and albums have also reached #1. Their fourth full album, RISKY, stayed on Oricon chart rankings for 132 weeks (two and a half years). 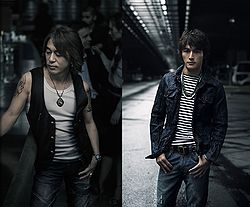 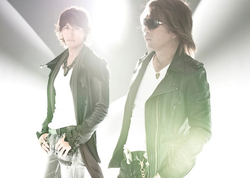 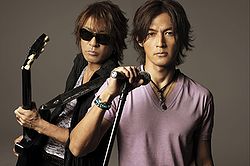