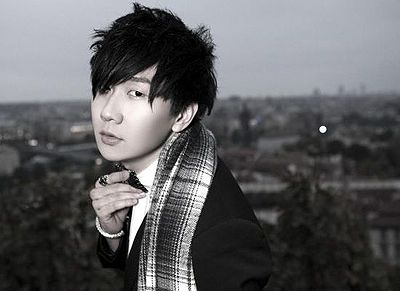 JJ Lin (林俊傑) is a popular Singaporean Mandopop singer, songwriter and actor under Warner Music Taiwan. Prior to his debut he wrote songs for other artists such as A-Mei and Cyndi Wang. Lin made his debut in 2003 under Ocean Butterflies with the album, Le Xingzhe. His big breakthrough came with his second album, Di'ertian Tang, which included the smash hit "Jiangnan". He then cemented his place with the release of his fourth album, Cao Cao, which sold over 1 million copies throughout Asia.