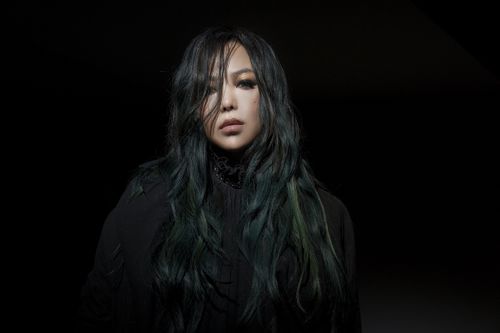 A-Mei (張惠妹) is an aboriginal Taiwanese Mandopop singer currently under Gold Typhoon. She is best known for her ballads and for helping push the exposure of Taiwanese aborigines in the music industry. A-Mei debuted in 1996 under Forward Music with the album Zǐmèi and found overnight success. Her second album, Bad Boy, became the second best selling album in Taiwan with over 1.3 millions copies sold and scored numerous hits such as "Tīng Hǎi" and the title track. In 2000, A-Mei switched to Warner Music Taiwan. Initially having continued success, a cross-straits controversy caused her to experience a decline from 2004 until her comeback in 2006 with the album Wǒ Yào Kuài Lè?. In 2009, she released an album under her Puyuma aboriginal name, Amit, which featured a more prominent rock sound.

She is the older sister of singer and actress Saya Chang.

A-Mei debuted in 1996 after participating in a single with mentor and producer, Chang Yusheng and singing the theme song to the Taiwan Radio UFO Station. Not long after she released her debut album, Zǐmèi, which was a massive hit and launched A-Mei to the top of the charts. Popular singles included the ballads "Yuánlái Nǐ Shénme Dōu Bùyào" and "Jiětuō" as well as the title track, all of which have become classics in Mandopop. Less than a year after her debut, A-Mei released her second album, Bad Boy, which was even more popular. The album's singles "Tīng Hǎi", "Bad Boy" and "Kū Bù Chūlái" all became massive hits. Not long after the album was released, her producer Chang Yusheng, died in a serious traffic accident. She ended the year with the release of A*Mei LIVE in Concert 1998 Prelude, a collection of songs that were to be performed in her 1998 tour.

A-Mei's third album would be released after a tour around Asia. Qiānshǒu was another big success for the young artist, although fans and critics had begun to worry about the declining quality of her voice. In 1999, she followed up her third album with the release of a single. "Gǎnjué (Feel a*mei)" included the song "Gěi Wǒ Gǎnjué", which was used to help advertise Sprite. Only a few months later A-Mei released her fourth studio album, Wǒ Kěyǐ Bào Nǐ Ma? Àirén. The album topped charts and also showed off her Japanese language skills with the song "Hǎo Xiǎng Jiàn Nǐ". She ended the year with her second Asia tour.

Before her fifth and final album under Forward Music was released, A-Mei was involved in a cross-straits controversy due to singing the R.O.C national anthem at the presidential inauguration of Chen Shui Bian in early 2000. The government in China banned her from visiting and performing in the country, which pushed endorsements to cut her off. A-Mei soon took a break and then released Bùgùyīqiè in December. Her last release under Forward Music would come in 2001 in the form of a compilation, which included her biggest hits released under the label.

In early 2001, A-Mei switched from Forward Music to Warner Music. Later that year, she returned to the charts with the album Zhēnshí. It proved to be another hit for the singer with its popular ballad and pop singles as well as numerous awards won. The album also included the Mandarin rendition of the theme song to the movie Pearl Harbor. The next year, the singer was included in a special issue of Time magazine, which included an interview discussing her music career. Not long after, she released her second Warner Music album, Fāshāo. Due to the popularity of the album, A-Mei embarked on a tour around Asia shortly after its release. Her 2003 album, Yǒnggǎn, was met with the same response. She held numerous concerts around Taiwan to celebrate its release.

In early 2004, A-Mei was yet again under fire by the cross-straits controversies. This led to some concerts having to be canceled due to the high amount of tension developed between the political figures on both sides, although she did perform overseas a few months later when things cooled down. She then released her ninth album, Yěxǔ Míngtiān. While it performed well at first, it fell off the charts quickly due to its sound, which was different from the standard Mandarin pop sound at that time. Despite the album under-performing, A-Mei became the ambassador for the Tourism Bureau of Taiwan.

2005 was met without an album release, but with much activity from the singer. She traveled to numerous countries like the U.S.A and Sudan for schooling as well as charities. She also became the representative of Mass Culture and Entertainment in Taiwan due to her participation in a discovery channel show. In early 2006, she finally returned to the music scene with the album, Wǒ Yào Kuài Lè?. Unlike her past release, this one was received positively and brought A-Mei back to the top of the charts. The title track became one of the biggest hits of the year. This studio album would be the last released under Warner Music as A-Mei signed a three-year contract with EMI Capitol in early 2007.

In summer 2007, A-Mei released STAR. Like her last album, this one was met with positive reviews and became a top seller in Taiwan as well as other countries in Asia. It boasted numerous hits like "Yǒngyuǎn De Kuài Lè", "Rúguǒ Nǐ Yě Tīng Shuō" and a duet with then rising star, Jam Hsiao. Due to the albums success, a tour was then embarked only a few months after its release. While 2007 was an active year for the singer, A-Mei cooled things down in 2008 with only a few live performances sprouting between her tour dates.

A-Mei returned in 2009 with an even bigger impact. In June, she released her first album under her native name "AMIT". Unlike past albums, which focused on her ballads and upbeat pop songs, A-Mei ventured into rock. Despite its differences in genres, the album proved to be a major success and peaked at #1 for three weeks on the G-Music charts. 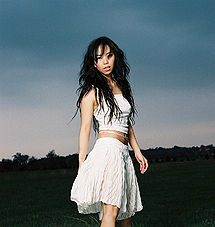