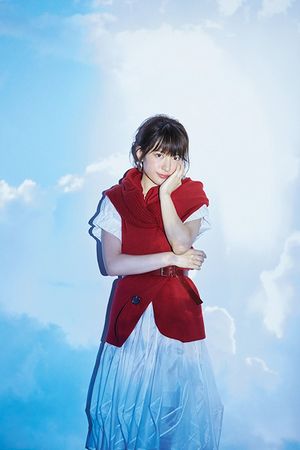 Komatsu made her entry into the entertainment industry in 2003 when she auditioned for one of Fujii Takashi's All Night Nippon R's radio segments. Later that year, she made her formal debut as a member of the idol duo Imouto, but quit in 2007 when they disbanded. In November of 2009, Komatsu joined Hirata Office as a newbie actress. It wasn't until 2010 that Komatsu made her voice-acting debut in the anime HEROMAN as the protagonist Joey Jones.

In July 2012, she released her debut single "Black Holy", an image song for the anime Mouretsu Pirates, which also stars Komatsu in the lead role of Katou Marika. Her second single "Tsumetai Heya, Hitori / Genshi no Kajitsu" was used as a tie-in for K and was produced by labelmate angela.

Additionally, she is known to be a big fan of singer Kuraki Mai. She appeared on the music program Atashi no Ongaku in September 2015 to perform a duet of "Tonight, I feel close to you" with Kuraki. Her most respected seiyuu include Horie Yui and Sakamoto Maaya, whom she praised as jack-of-all-trade artists.