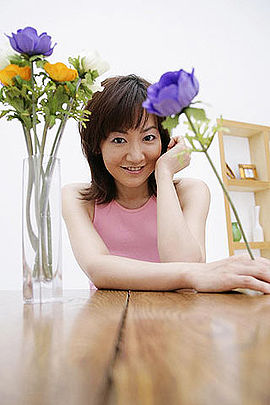 Kouda Mariko (國府田マリ子) is a Japanese voice actress, singer, and member of the group DROPS. Koda got her start in show business when she first appeared in the anime Goldfish Warning in 1991. She later became famous when she the voiced the character Miki Koishikawa from Marmalade Boy. She also debuted as a singer in 1993 with the single "Bokura no Suteki / Harmony".

In 2003, she reported on her radio show that she recently got married.