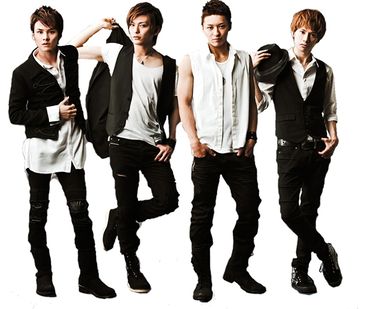 Lead is a four member Japanese pop group managed by VISION FACTORY and signed under the Pony Canyon label.

Taniuchi Shinya, Kagimoto Akira and Nakadoi Hiroki were students at Osaka's vocal and dance school CALESS and the three of them became friends.

They began to do street performances as the trio known as "remix" in March of 2002. But in May of 2002 they were renamed from "remix" to "flow". flow decided instead of just having three members, they wanted to recruit a fourth member.

Meanwhile, on April 13th, 2002, the "Kyushu/Fukuoka Star Light Audition" was held in Okinawa, Japan searching for new talent. Thirteen year old Furuya Keita (and another girl) were chosen as the "winners" out of 8,751 contestants. flow tracked Keita down and he joined the now four member "flow" on May 18th, 2002. Then once again, "flow" went through another and final name change and offically became "Lead" on May 23rd, 2002.

Near the beginning of July in 2002, Lead held their very first live street performance at Osaka Castle Park. 7,000 spectators attended their event. It was a huge success. On July 7th, 2002, to get some more promotion they became the opening act of w-inds.'s first live tour "1st message". They performed their debut song "Manatsu no Magic" in front of about 120,000 people each opening act. 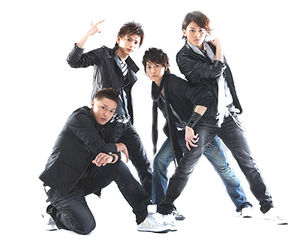