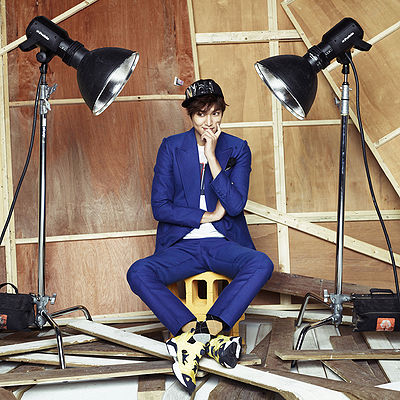 Lee Min Ho promoting My Everything (2013)

Lee Min Ho (이민호) is a South Korean actor. He is best known for portraying the leader of the F4 "Goo Joon Pyo" in the South Korean remake of the popular Japanese drama Hana Yori Dango titled Boys Before Flowers.

Lee Min Ho began his acting career in the 2006 South Korean drama Secret Campus. In 2008 he was cast as the leader of the F4 named "Goo Joon Pyo" in the South Korean remake of the popular Japanese drama Hana Yori Dango titled Boys Before Flowers. The drama was a success, with an average 13.7% viewer rating according to Nielsen Media Research, and catapulted Lee, an unknown, into relative stardom. Due to his popularity, the actor began modeling in endorsements and starring in various CF’s, including 2NE1 vocalist Sandara Park's Korean debut digital single "Kiss", and the Cass beer commercials the two starred in.

On December 15, 2009 Lee stated in a press conference in Taiwan the pressure he felt choosing his next role due to his previous role being very popular. Lee stated "I'm feeling pressure because everyone around me keeps asking me about my next production. I want to receive recognition for my acting skills and I want my next drama to record high viewer ratings while also receiving credit for its high quality. I hope at least one of these aspects will be realized". Lee won the "Best Newcomer" and "Best Couple" awards at the 2009 KBS Drama Acting Awards for Boys Before Flowers and in January 2010, it was announced that he was cast in the lead male role in the drama Personal Preference. Lee apologized for making his fans wait for his next project stating "I've waited long enough to mature as an actor. I promise to become a more experienced actor for my fans". 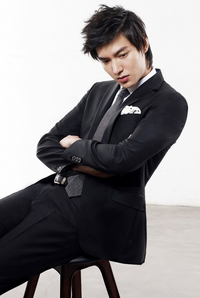