Lotus Wang (王彩樺, 王泳心), is a Taiwanese Mandopop singer, actress, and comedian under the labels avex taiwan and Uni-Star Entertainment. Lotus self-describes herself as an "B-grade entertainer".

Lotus grew up poor, and had lots of sadness as a child. Her mom died of cancer when she was 11 months old and her dad was businessman who never made any money. When she was a teenager she was a waitress at a noodle shop and the only one to make income in her household. During her time off she would sing in dance halls and burlesque venues and quickly decided after she graduated school that she wanted to become a singer and actress. At one of her shows a talent agent noticed her and she made her debut in the 1985 drama Rouge Professor. 25 years later she made her singing debut with the album Yǒu Chàng Yǒu Bobee and her song "Bobee" off the album, a cover of T-ara's song "Bo Peep Bo Peep", was picked by CNN network's Best Viral Video of the Week. The video and song went viral on the internet starting a dance craze in Taiwan. 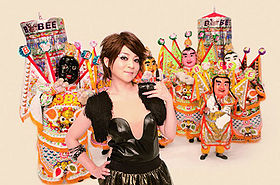 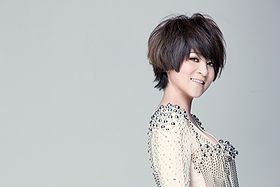