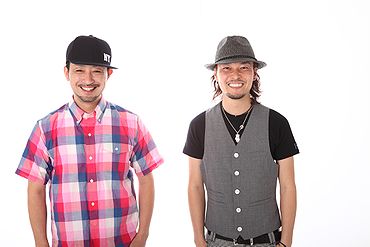 MEGARYU is a Japanese hip-hop/reggae duo formed in 2003 and from Gifu Prefecture. In 2002, they were noticed by a known reggae artist NAHKI who produced their first mini-album Garyu, under the name MEGA HORN & RYU REX. In 2003, NAHKI also produced their second mini-album ETERNAL and after the release the duo changed the group's name to MEGARYU. In 2004, they worked with Koda Kumi in the music "Heat" used as the b-side in her single "Chase". After this collaboration, MEGARYU signed a contract with avex trax and released their first major label mini-album JUST NOW.