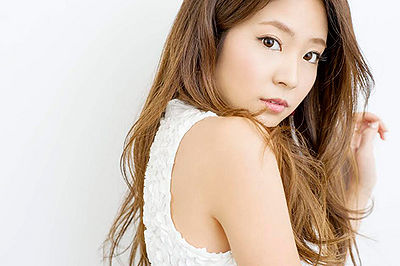 Miyawaki Shion (宮脇詩音) is a Japanese R&B singer under the label rhythm zone. She became known after participating in the MTV show The Rival along with Kojo Seara.

At the age of 12, Shion was selected to go to the Avex Artist Academy. After 4 years of long-term lessons, she graduated with fellow classmate Kojo Seara.

They both were signed under the label Rhythm Zone and became the project "The Rival". They both released a single, Shion's was called "BOY" and Seara's was called "JOY". Both leading songs had the same melody, only a different arrangement. Both singles were released on the same day but failed reaching the top 100 on the Oricon chart.

After their first single they both released a 1000 copied limited single. The one selling her copies the fastest would be the first one re-signed on their label and would be the first one to release new material. Shion won this competition selling her single "Shinin' Star" a couple of weeks before Seara and so she started recording her mini-debut album "dear". Because they both out sold their single they got their own official websites.

Shion now writes a cellphone dorama story named "Koi Uta". This is a story about Shion's experience with love. On 21 April 2009, Shion's official website presented a new arranged version of "Shinin' Star" that would be available for online download on mu-mo. On the 17th of June the official website released a new song named "Everything is you -MAKAI original mix-" for the cellphone. On 17 July 2009, a second mini-album was confirmed by Shion's official website titled "LOVE SONGS - Koi Uta". The mini-album contained songs in which she sang about her experience that were told in "Koi Uta".

She starred in the MTV Japan series Shibuhara Girls.

On December 1st, 2014, it was announced on her official website that she would be "re-debuting" with avex. Her official Facebook, Twitter, and Instagram were created at this time, and her website was given a redesign. She made her official comeback in July 2015 with a full-length album entitled GIRL.

In late September 2016, it was decided that a new song of Shion's called "Ashita he no Path" would be the theme song for the 2016-17 season of the Yokohama B-Corsairs team. The song was later included in her second full-length album, SHARE THE HAPPY. 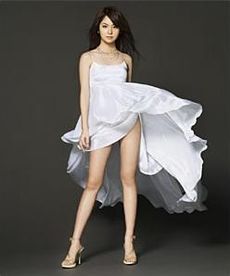