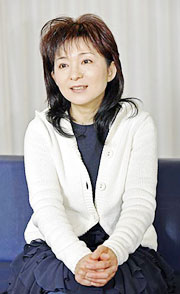 Ohta Hiromi got her start in music when she started to learn the piano at age 8. Then in 1967, while in middle school, Ohta began to study vocal music at Ueno Gakuen Middle School. A year later, she passed an audition to see the blues band The Tigers but also get her admitted to Watanabe Pro's Tokyo Musicology Institution in the future.

In 1972, Ohta auditioned for the NHK program Young 101 with Chopin's "Puppy Waltz" and passed. A year later, she became a regular member of the show Stage 101. She also signed a contract with Wayanabe Pro and began singing at live houses to prepare for her musical debut. Her first single, a folk piano song entitled "Amadare", was released in 1974. But, it wasn't until a year later that Ohta got her big hit with the single "Kimen no Handkerchief", a re-cut single from the album Kokoro ga Kaze wo Hiita Hi. She became a star singer and began to appear on the end of the year program Kohaku Uta Gassen from 1976 to 1980. She also gained many hits like "Akai High Heel" and "Saigo no Ichiyou" when she shifted from folk to pops.

Ohta decided to take a eight month break in 1982 to study abroad in New York. When she came back, she became a music director for many artists like YMO, Giniro Natsuo, and many more. In 1985, she married director and producer Fukuoka Tomohiko and took a break from music to raise her children.

In 1998, she reopened her musical activities and released her first mini-album, entitled "Tamashii no Period", with help from Matsumoto Takashi and Tsutsumi Kyohei. Nine years later in 2009, Ohta went on the "Acoustic Night" concert tour with Ise Shozo and Ohno Masumi. The concert became so popular that it sold around 130,000 tickets and had an live album released in limited quantity. 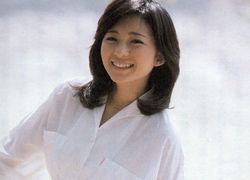