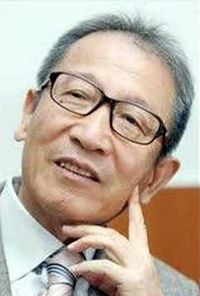 Tsutsumi Kyohei (筒美京平) is a Japanese composer. He is considered one of the top composers of Japanese music.

Tsutsumi Kyohei got his start in music when he first began to play the piano at age 5. A few years later, he went to college to study jazz and met Ohno Yuji. Then in 1963, before graduating college, he joined the company Nihon Gramophone (Polydor Records's old name). There, he was in change of the foreign artists and also began to compose and write songs with lyricist Hashimoto Jun for mostly rock bands in the late 60s. In the 70s, Tsutsumi began to compose for more solo artists like Go Hiromi, Asaoka Megumi, Iwasaki Hiromi, and much more. He is later know as the composer of idols like C-C-B, Johnny's groups, Honda Minako, Nakayama Miho, and many more.

His first hit came in 1968 when Ishida Ayumi's single "Bluelight Yokohama" topped the weekly Oricon charts. Because Tsutsumi composed many hit songs, he released the special box sets "Tsutsumi Kyohei HITSTORY" in 1997 and "THE HIT MAKER -Tsutsumi Kyohei no Sekai" in 2006. In 2007, a handful of artists came together to release the tribute album Tsutsumi Kyohei Tribute the popular music.