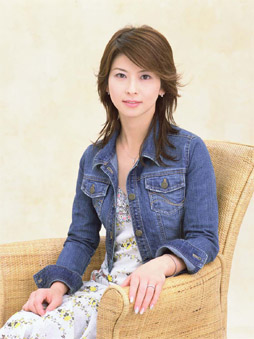 Moritaka Chisato (森高千里) is a Japanese pop artist who is signed under the zetima record label. She made her debut in 1987 with the single "NEW SEASON" under Warner Music Japan and quickly rose to fame. She is well known for being unlike most of the '80's idols, writing her own lyrics and composing music. Although she had been on a hiatus since 1999, new material was announced in 2007.

Moritaka Chisato was born in Osaka, Japan, and she was raised in Kumamoto, Kyushu. In 1986, Chisato broke into the entertainment world when she won the "Pocari Sweat Image Girl Contest".

Moritaka made her debut in May 1985 with the single "NEW SEASON". The single reached #23 on the Oricon charts and soon after her rankings went up. With the release of her second album, Mi-Ha, Moritaka had written all of her own lyrics. She also started composing her own music and learned to play several different instruments. Her first top twenty single was "The Stress (Chukinto Version)",which reached #19, and her next single was her first top-ten, which reached #9.

In 1990, with the release of the sixth album Kokon Tozai, she had finally reached #1. Her success ventured well into the nineties, releasing top ten albums and singles for the next nine years.

Moritaka switched labels in 1998, moving over to the zetima label and signing with Up-Front Agency, which is known for housing Hello! Project artists. Since this change, Moritaka has written lyrics for the H!P group Country Musume's debut single, "Futari no Hokkaido". Many of Moritaka's songs have been covered by H!P artists such as Matsuura Aya and Minimoni.

In 2007, after an eight year hiatus from the public eye, Moritaka returned to sing and produce a song used for a Nissan automobile commercial. 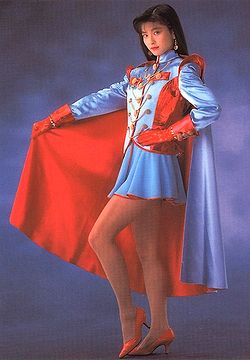 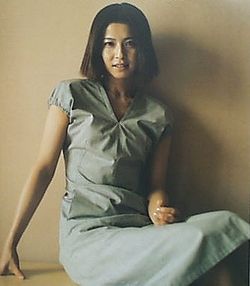