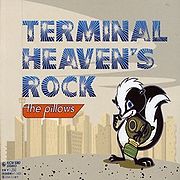 "OVER AMP" is a song released by the pillows and included on their 20th single "Terminal Heaven's Rock" as the second B side track. It was later released on their third best album LOSTMAN GO TO YESTERDAY as track #3 on Disc 5.