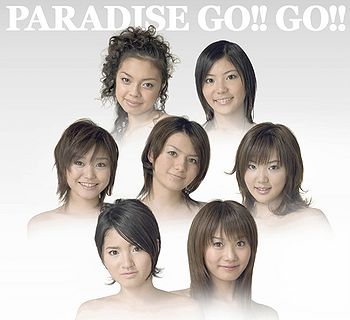 PARADISE GO!! GO!! (also known as Parago) was a Japanese pop group under avex trax label and LDH agency. Prior their debut they were known as 9SOULS and every member attended the CALESS school of music and dance. In 2004 they debuted with the single "Koi no Undoukai / NUMBER ONE!!". Fujita Haruka left the group in January 2005, and PARADISE GO!! GO!! released their third single, "Faraway", as a six member group. A couple of motnhs later, in June, Hagihara Yuka also left, however this time two new members joined the group, Kotera Rika and Yoshida Risa. Since their last release, in 2006, some of the members began involved in other activities, unofficially disbanding the group. 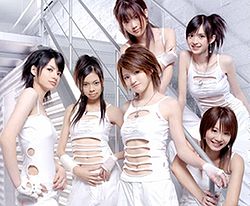