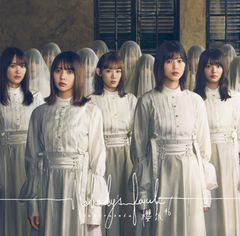 "Plastic regret" is a song recorded by Sakurazaka46. It can be found as track #3 on the limited B edition of their first single "Nobody's fault".

There are currently two recorded versions of "Plastic regret" found in Sakurazaka46's discography. These versions are: