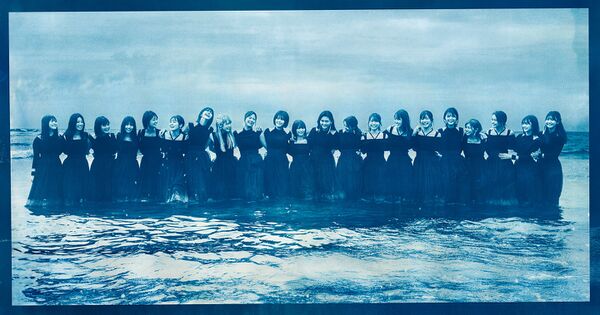 Sakurazaka46 (櫻坂46), formerly Keyakizaka46 (欅坂46), is a Japanese idol group produced by Akimoto Yasushi signed to Sony Music Entertainment. They are a sister group to Nogizaka46. 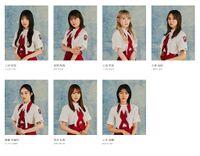 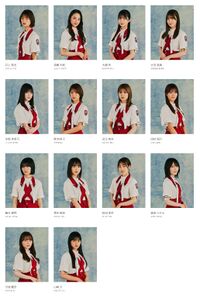 Names in italics denote that the member has announced their graduation.

For the members formerly known as Hiragana Keyakizaka46, see Hinatazaka46. 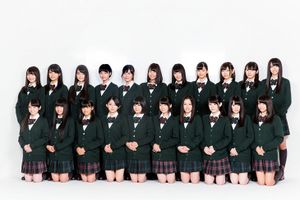 Known initially as Toriizaka46 (鳥居坂46), an idea for a new sister group to Nogizaka46 was first introduced to the public during Nogizaka's 3rd Year Birthday Live at Seibu Dome. The group was to be second in the "Sakamichi" (or slopes) series. Sony started accepting applications for potential members on June 28, 2015. Finals auditions were held on August 21st, when 22 girls were confirmed to have passed. Their identities were revealed during a press conference on the same day, where it was also announced that the group would change its name to Keyakizaka46. On October 4th, the group debuted its first regular television programming Keyakitte, Kakenai? on TV Tokyo's Sunday night line-up. In mid-November, they also appeared in their first live event in front of fans at Zepp DiverCity. At the end-of-year FNS Kayousai program, they performed live on television for the first time alongside AKB48 and sister group Nogizaka46 in the song "Seifuku no Mannequin", of which Hirate Yurina was chosen as center. 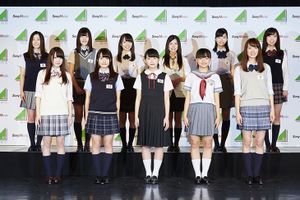 During the last airing of Keyakitte, Kakenai? in November, the show introduced a new member Nagahama Neru, who was one of the finalists from the initial audition, but was unable to participate in the final selection. The show also announced the formation of Hiragana Keyaki (ひらがなけやき), a secondary group to the main Kanji Keyaki line-up, of which Nagahama was to hold a concurrent position in. In April 2016, the group released their first single "Silent Majority", which managed to chart at #1 on the Oricon and sell over 260,000 copies in its first week, a best for any female artist debut in Japan and a record that was previously held by HKT48. In May, 11 members were announced to have passed the Hiragana Keyaki audition. The following July, Keyakizaka's first feature drama Tokuyama Daigoro wo Dare ga Koroshita ka? aired on TV Tokyo, and was simultaneously made available through Amazon Prime Video. Its theme song "Sekai ni wa Ai Shika Nai" was released on August 10th as the group's second single. In the same July, the group debuted another variety show on the NTV network called KEYABINGO!, which also streamed through Hulu Japan. At the end of October, Hiragana Keyaki held their first standalone event "Hiragana Omotenashikai" at the Akasaka BLITZ, with entry costing just 500 yen. On November 24, Keyakizaka46 was announced as a participant at the 67th NHK Kouhaku Uta Gassen, less than a year shy of their music debut. They also held their first concert at the Ariake Coliseum on Christmas Eve and Christmas night. 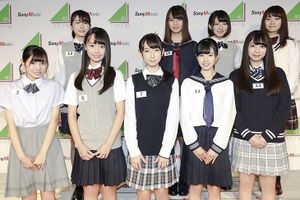 At the handshake event for their third single "Futari Saison", Sugai Yuuka was announced to be captain and Moriya Akane the sub-captain. At the Japan Gold Disk award, the group received the New Artist of the Year award in the domestic category from the RIAJ in February. On March 21 and 22, Hiragana Keyaki held their first concert at Zepp Tokyo separate from the main group, and announced a Zepp tour. In early April, they released their fourth single "Fukyouwaon" and held a concert at the Yoygoi National Gynasium in commemoration of their first anniversary, where they performed their entire to-date discography of 26 songs. At this event, Keyakizaka also announced an audition for the second generation of Hiragana Keyaki to be held over the summer. In June, management announced the start of the group's official fanclub. Through this service which requires a monthly fee of 423 yen, fans would be able to access limited content such as offshot photos of the members and have the opportunity to enter the lottery for event tickets before the general public. In July, Keyakizaka46 released their first full-length album Masshirona Mono wa Yogoshitaku Naru, placing first on the weekly Oricon chart, and went on to become the ninth best-selling album of 2017 in Japan. In the same month, both the Kanji and Hiragana groups held their first annual "Keyaki Kyouwakoku" concert for two days at Fuji-Q Highland Conifer Forest. On August 13, nine girls out of 15,000 applicants were revealed to have been selected for the final lineup in the second generation Keyaki audition. In October, the first generation members of the Hiragana group appeared in the TV Tokyo drama Re:Mind, which was then made available internationally through the streaming service Netflix.

On July 16, 2020, Keyakizaka46 live streamed a concert titled KEYAKIZAKA46 Live Online, but with YOU! During the concert, the group unveiled the song "Dare ga Sono Kane wo Narasu no ka?", which is scheduled to be released as a digital single on August 21. It was also announced by captain Sugai Yuuka that the group will be renamed and will go on a hiatus, with a final concert planned in October. Their name change was announced as "Sakurazaka46" on September 20th via an in-show commercial during their TV show Keyakitte, Kakenai? 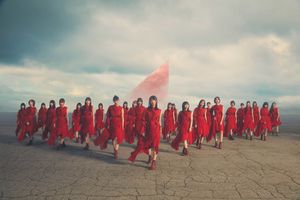 Note: All releases are under the name Sakurazaka46 unless otherwise stated.