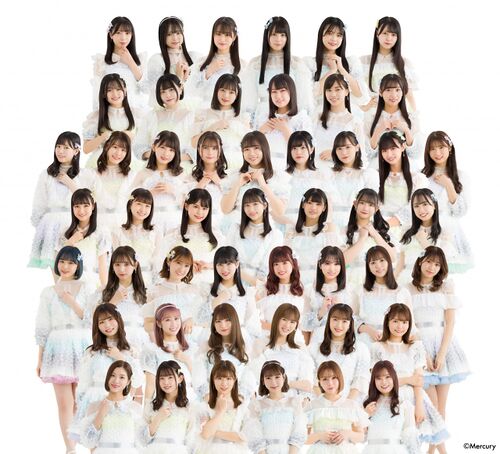 HKT48 is a Japanese idol group produced by Akimoto Yasushi. It is a Fukuoka-based sister group to AKB48 and performs daily in their own theater in Hakata.

Shortly after the debut of AKB48's first sister group SKE48, a tabloid reported that Akimoto Yasushi was looking at expanding with a new group in Fukuoka. However, no further details were presented and it appeared as though the project was scrapped.

In May 2011, however, it was announced that Akimoto would be having auditions for a new group in Hakata, called HKT48. At AKB48's concert in Seibu Dome, the first generation of HKT48 made their first appearance, and they began performing regularly in their theater in November.

In June 2012, it was announced that AKB48 member Sashihara Rino would be transferred to HKT48. Soon after, Ota Aika also transferred to AKB48 from HKT48.

HKT48 released their debut single Suki! Suki! Skip! on March 20, 2013. On April 27, 2013 they held their first solo live concert at the Nippon Budokan becoming the group with the shortest time from CD debut to performing at the venue.

On January 11, 2014 at the first day of the ~HKT48 Kyushu 7 Prefectures Tour~ it was announced that HKT48 will be shuffled and Team KIV will be created. 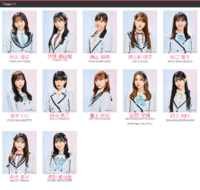 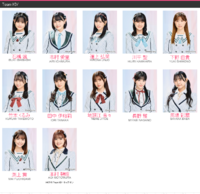 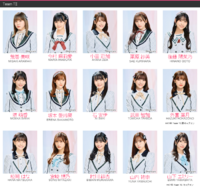 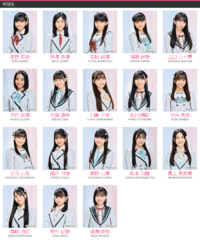 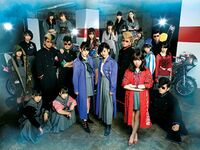