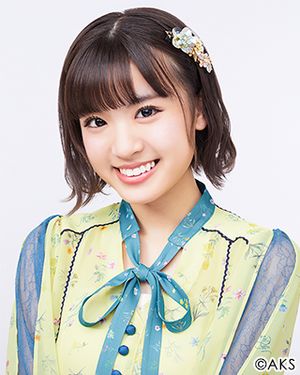 Hokazono Hazuki (外薗葉月) is a Japanese pop singer and idol managed by AKS. She is currently the sub-captain of HKT48 Team TII.