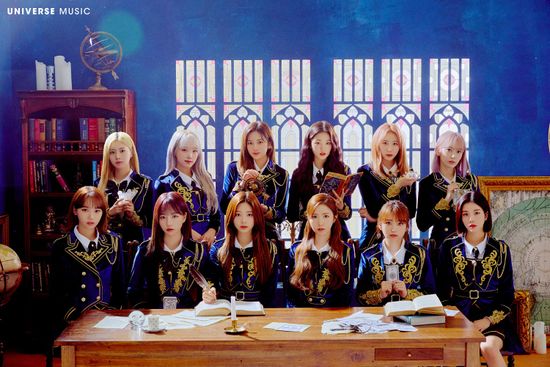 IZ*ONE (아이즈원) was a Korean pop 12-member project girl group that was formed via the Mnet TV show Produce 48. They were signed to Off the Record and promoted for two and a half years. Their name is a combination of the number 12 (written as "IZ") and the word "one", meaning 12 members coming together as one. They officially disbanded on April 29, 2021.

From June 15, 2018 to August 31, 2018 for a total of twelve episodes, 96 girls competed to debut in a project group of 12-members. On the day of the final broadcast, along with the reveal of the chosen 12 girls, the name of the final group was announced to be IZ*ONE. On September 4th, the group flew to Japan to meet with producer Akimoto Yasushi. That same day, it was reported that the group would make their official debut on October 29th, though their agency stated the exact date had not yet been set.

IZ*ONE debuted on October 29, 2018 with the Korean mini-album COLOR*IZ. The album sold a total of 34,295 copies on its first day, breaking and nearly doubling the previous the record held for the highest debut album sales on the Hanteo chart for a girl group. The music video for their lead track, "La Vie en Rose" (French for "life in pink"), surpassed 1 million views in three hours and 40 minutes.

Two hours after the mini-album's release, the group held their sold-out debut showcase "show-con", where they performed their lead track. During the showcase the group also announced their official fanclub name would be WIZ*ONE, meaning "we are one". The "WIZ" in the name is also meant to signify the "magical future" fans will be sharing with them.

On December 6, 2018, it was announced that IZ*ONE would be making their Japanese debut with a single on February 6, 2019 under Universal Music Japan's label, EMI Records. On January 20, 2019, they held their Japanese debut show at Tokyo Dome City Hall to promote their debut single "Suki to Iwasetai." The music video for the song was released five days later and surpassed five millions views on YouTube within a week. The single was released on February 6th.

On March 17th, a concept trailer was released on YouTube titled "Where the HEART IZ?" announcing their Korean comeback for April 1st. 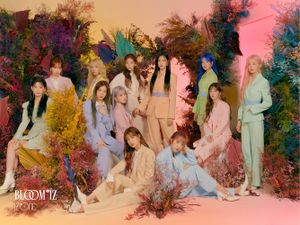 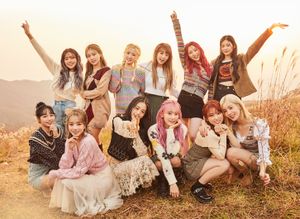