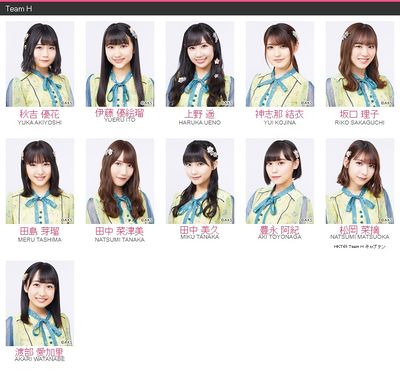 Team H (チームH) is one of three teams formed for HKT48, along with Team KIV and Team TII.