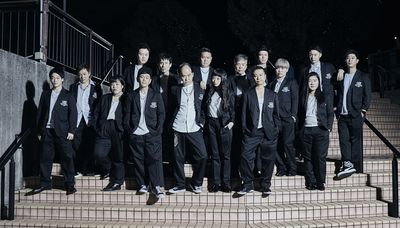 Yoshimotozaka46 (吉本坂46) is a co-ed entertainment group produced by Akimoto Yasushi and the third group in the "Sakamichi Series" following Nogizaka46 and Keyakizaka46. The group is represented by Yoshimoto Kogyo and made their major label debut under Sony Music Entertainment.

In February 2018, Yoshimoto Kogyo announced at the Yoshimoto Mugendai Hall that they will collaborate with Akimoto Yasushi to create the third "Sakamichi" (Slopes) series unit, with audition for the group being available only to the more than 6,000 entertainers represented by the famed talent agency. Representatives of the project expressed that the group's goals will be to perform at NHK Kohaku Uta Gassen and hold a concert at Tokyo Dome.

On March 22nd, it was announced that the first round of screening had passed and that the project had received a total of 1,747 applications. Those who passed the initial screening will participate in group interviews for the second round, and will go through a final examination by Akimoto himself if they succeed in their interviews. In early April, a regular program to introduce the group to the public aired on TV Tokyo and TV Osaka Yoshimotozaka46 ga Ureru Made no Zenkiroku, hosted by Higashino Koji with regular appearances by Nogizaka46's Matsumura Sayuri and quizmaster Furukawa Yohei. On April 5-11, entertainers who did not passed the initial screening were given a second chance to appeal themselves through the streaming site SHOWROOM. It was announced on the 12th that 20 individuals were able to revive their chances to enter the final line-up.