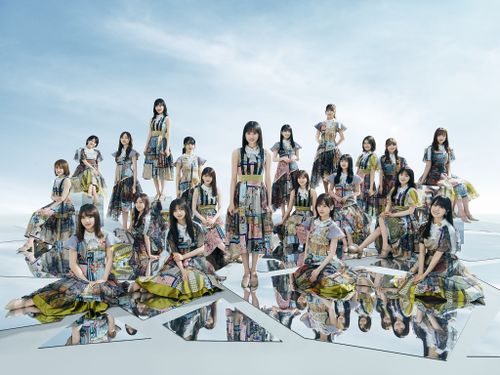 Nogizaka46 (乃木坂46) is a Japanese pop idol group produced by Akimoto Yasushi. They were first introduced as AKB48's "official rivals". 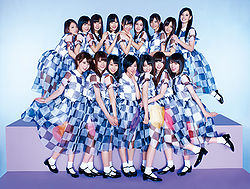 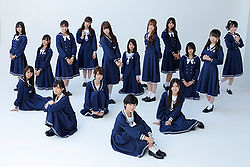 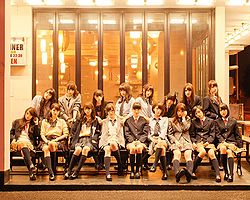 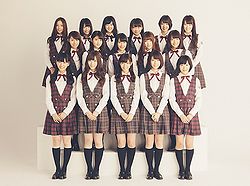 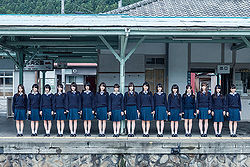 Names that are italicized denote that the member has announced their graduation. Names in bold denote captain.

At the end of 2011, Akimoto Yasushi decided to start a new idol group to challenge AKB48. Named after the Sony Nogizaka Building in Tokyo, and with the number 46 to 'Challenge AKB even with fewer members,' Nogizaka46 was created.

The early stages of their development were documented on a TV show called Nogizaka tte Doko? and the group debuted with their first single "Guruguru Curtain" in February 2012. However, before their debut, two members withdrew, Yoshimoto Ayaka and Yamamoto Honoka.

Later in 2012, they released their second single "Oide Shampoo". Due to poor reception, the choreography and costuming was changed shortly before release. Around the same time, they also announced plans for an audition for their second generation members.