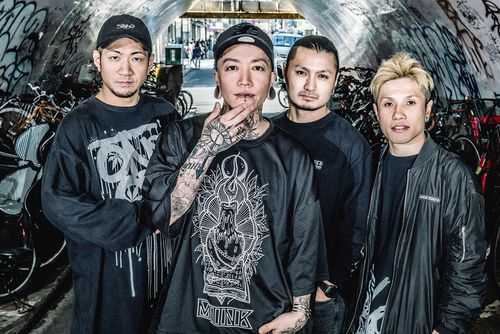 ROACH is a five member band from Okinawa. They have a unique sound that mixes heavy rock with traditional Japanese vocal melodies. Even with the unique vocal technique, their lyrics are a mix of Japanese and English and when the English lyrics are sung, they are actually usually growled, making the sound more aggressive. With two guitarists, they're able to create original sounds alongside regular chords. Despite their youth, they've already performed alongside many well-known bands and have begun to build quite a reputation not only in Japan for being an amazing group, but overseas as well. 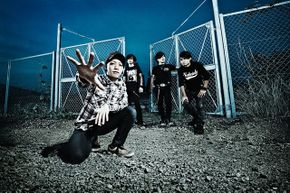 ROACH promoting OKINAMERICA (2012)
In 2003, ROACH formed in Okinawa and started out as an opening act for various artists. At the end of their first year together, their song Kirabi was included on the compilation album, Ryukyu Mabui. In the following years, they held multiple performances and continued to have a few of their songs released on compilation albums such as TOTAL STEEL OKINAWA 2005 and KOZA MUSIC FESTIVAL Vol. 7. Things really started to take off for ROACH, however, in 2006 when they were the opening act for MUCC during their Okinawa and Osaka concerts; they also signed to the same label then, Danger Crue. At the end of the year, they performed at the Danger Crue Tenka V Christmas event. The following spring, they performed as part of the "Metal/Shock Rock Day" at Independence-D convention, where other bands such as Plastic Tree and MERRY also performed. In mid-April, they released their first album, MIND OF THE SUN and began promoting their album with their nationwide tour BEGINNING OF THE SUN. 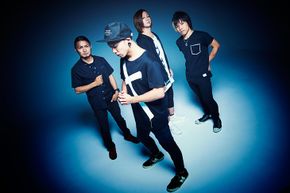 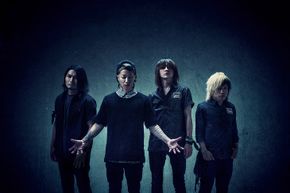