Rambling Girls / Because of You 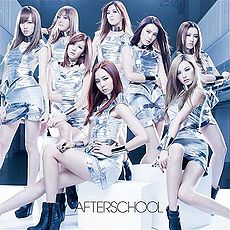 "Rambling girls / Because of you" is AFTERSCHOOL's third Japanese single. It was released in three editions, two limited CD+DVD versions, and a regular edition. CD+DVD editions come housed in a sleeve cover and with one random (1 of 8) photocard. First press of the regular edition also includes the photocard. The single includes their first original Japanese song, the first A-side "Rambling girls". The second A-side "Because of you [Japan Ver.]" is a Japanese version of their Korean song "Neo Ttaemune" (너 때문에). "Rambling girls" was used as CM theme song for Shibuya 109 "7 days" campaign.

The single reached #7 on the Oricon charts, and charted for 6 weeks.