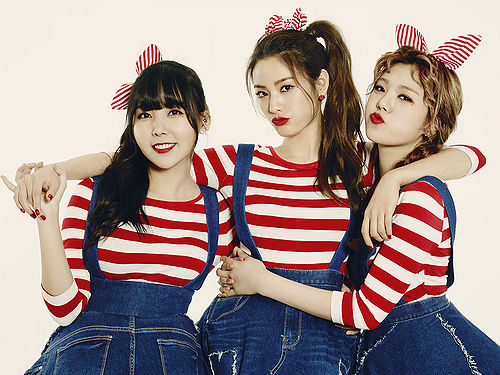 Orange Caramel (오렌지캬라멜) is a sub unit of the Korean pop girl group After School. In 2012 they debuted in Japan under avex. 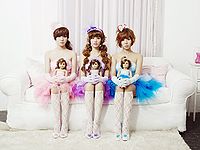 Nana, Raina and Lizzy were at that moment the youngest members from After School, and they were selected because the innocent and cute image of the new unit. 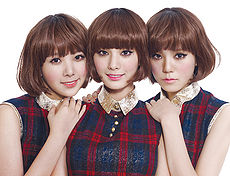 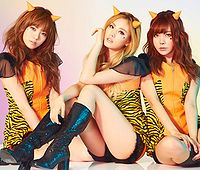 Although a Japanese version of the song "Shanghai Romance" was released as a bonus track on the album debut of After School in Japan, "PlayGirlrz" this was not its official debut in Japan.

Orange Caramel officially debuted in Japan on September 5, 2012 with the single "My Sweet Devil" which included the song Yasashii Akuma and Magic Girl Japanese Version, and the instrumentals of each song.

Pledis Entertainment revealed that after the release of Japanese single Orange Caramel, the band returned to Korea next week and released her first studio album on September 12, 2012, entitled Lipstick. 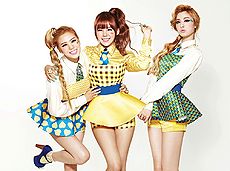 According to an interview with the member Nana shortly after the release of the album Lipstick, this group is no longer considered a sub-unit After School, but because as a group independent thanks to its popularity in several countries in Asia. If she Raina and Lizzy decided to withdraw from After School, that does not mean the disappearance of Orange Caramel, the group could continue their activities without problems.

The December 12, 2012 they released their second single Japanese called Lipstick / Lum no Love Song the cula they includes three 6 Songs as the Japanese version of Lipstick, Lum no Love Song cover of a famous anime called Urusei Yatsura, the vesion Japanese Milkshake and backing of each song.

Orange Caramel made a comeback in March 2014 with the single "Catallena". 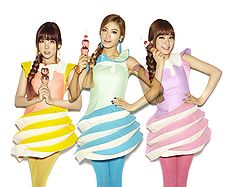