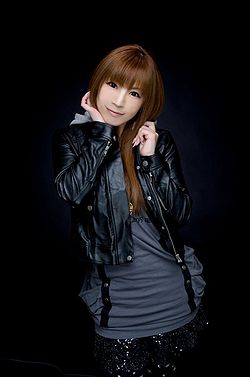 Sakakibara Yui (榊原ゆい) is a Japanese pop singer and seiyuu.

Although she mainly works as a singer and voice actress, Sakakibara has also written lyrics and been a choreographer. She had mostly done work for adult video games before crossing over into television. Interestingly enough, Sakakibara can't read musical scores and can only sing by hearing the melody.

Those are singles sold at Comiket or game events.