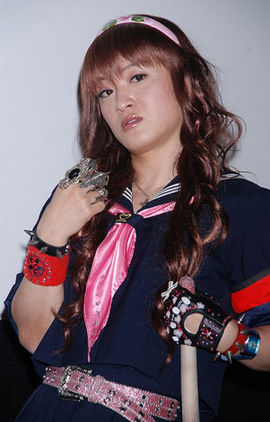 Sakurazuka Yakkun is a Japanese voice actor and character played by Saito Yasuo on the variety show Enta no Kamisama. Despite having been in previous works, Yasuo and his management are keeping private any of his career before crossdressing as a schoolgirl.