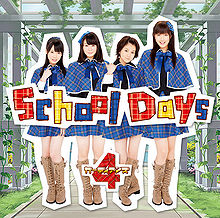 "School Days" is the second single released by Guardians 4. The title track was used as the fourth opening theme song for the anime Shugo Chara!! Doki. The single was released in both limited and regular editions; the limited coming with a bonus DVD. The single reached #8 on the Oricon charts and charted for four weeks, selling 11,673 copies. 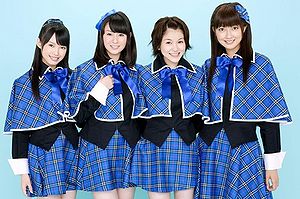 There are currently three recorded versions of "School Days" found in Guardians 4 and Hello! Project's discography. These versions are: