"SIGN" is the debut Japanese single released by Brown Eyed Girls. This was released in four different versions: a limited CD+DVD edition (A) that comes with the title song's music video and making of, a limited CD+Calendar edition (B) that contains the bonus track "Abracadabra (FRAKTAL Voodoo Remix)", a limited CD only edition (C) that comes with a dress-up jacket and the bonus tracks "Abracadabra ~Dondake Beauty Mix" and "SIGN (Junjaman Remix)", and a regular CD only edition. The single reached #24 on the Oricon weekly charts, where it charted for four weeks.

There are currently three different versions of "Sign" to be found is Brown Eyed Girls' discography, they are: 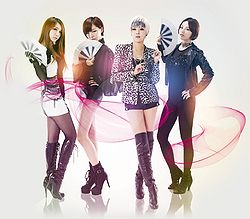