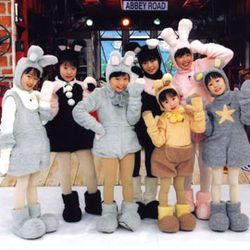 Sister Rabbits (シスターラビッツ) is a Japanese pop group for the popular Fuji TV kid's variety show Ponkikki. The group's nicknames are Sisrabi (シスラビ) and Rabbits (ラビッツ). The group formed in 1994 with Suzuki Lanlan and Amuro Namie as part of a corner for the show. They released their first single in 1995, entitled "Issun Momo Kintarou". However, Sister Rabbits took a hiatus in 1997 when Amuro decided to take a break from show business.

Seven years later, the group came back from hiatus with seven new members. However, all seven members graduated from the group before the year and a new set of members joined the group. The third generation of Sister Rabbits released their first album, Happy Song, in 2005. 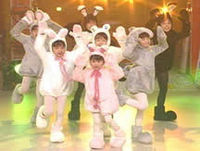 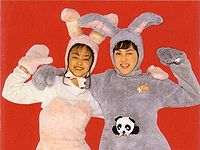