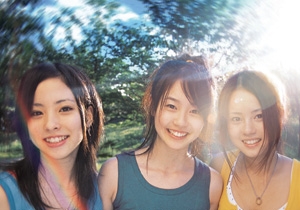 Sparkling☆Point (スパークリング☆ポイント) is a Japanese pop group that debuted in 2004 under the GIZA studio label. In 2007, they got transferred to NORTHERN MUSIC, where they released their tenth and last single, along with their third and final album.

In June 2nd 2009, the group announced their disbandment. AZUSA will continue with a solo career.