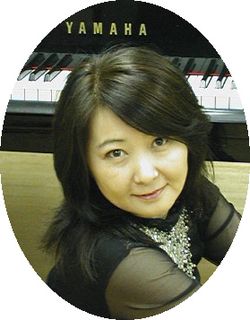 Sugai Eri (菅井えり) was a Japanese singer, composer, arranger and producer under the Pacific Moon label.

Eri was born in Osaka. From a young age, she started working at a studio in town. During her years at university, she moved between Osaka and Tokyo doing several singing works. Finally, at the age of 23, she moved officially to Tokyo, to perform in the chorus for one of Terao Akira's tours.

She perfomed for more than 1,000 television commercials. She composed, arranged and produced many of those songs herself. With the release of her album MAI she picked up the interst of the American media. She has been compared to Enya in that she "multitracked her voice into angelic choruses, soaring over spare but emotional arrangements".

As a solo artist, Sugai produced five albums, in addition to one under the name of Stella Mirus, and two with her husband, Itaru Watanabe, from 2000 until her death.

She died on 21 December 2016 after being diagnosed with, and receiving treatment for, pancreatic cancer.